Three Tactics for Leading Productive Sales Conversations During a Recession

Lets face it, it’s getting really tough out there.  No, we might not (yet) meet the official definition of a recession which is defined as two consecutive quarters of economic decline, as reflected by GDP in conjunction with monthly indicators such as a rise in unemployment.  But when the unemployment rate soars past 20% and the U.S loses 26.5 million jobs, that’s cause for concern.

How to Continue to Sell Value, Close Stalled Deals

As I mentioned in part 1 of this two part blog series, many sellers are experiencing longer sales cycles and stalled deals. In fact, there are probably more stalled deals in your CRM/ATS then you realize or care to admit.  So what happens when deals stall out? Salespeople get emotional.  We tend to act out, often irrationally.  Naturally, we want action.  But pressuring the prospect to make a decision before they’re ready is never a wise decision. Not only does it rarely work, it makes the salesperson look desperate and needy.  It's just poor form. So hammering prospects for a commitment is a great way to turn stalled deals into dead deals. Instead, staffing professionals need to continue to sell value beyond the conclusion of the final candidate interview.  Don’t box your customer into a corner with a yes or no ultimatum. You’re not selling $25 watches on the street corner, you're selling B2B professional services. 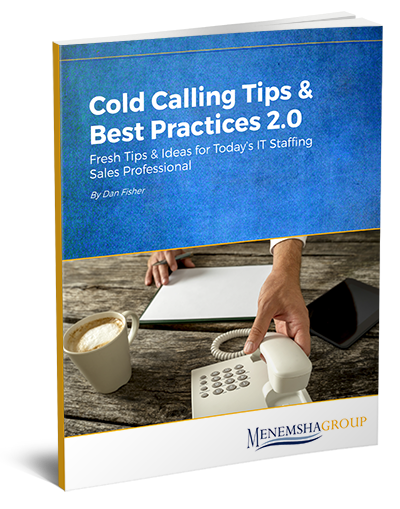 Understanding How, Why Your Customers Buy, Key To Unlocking Your Stalled Deals

Many sellers are experiencing stalled sales cycles in which customer's are delaying  decisions by days, weeks and in some cases even months.  I'm talking about deals that are sitting on the goal line.  Deals in which the customer has reviewed the proposal or completed the candidate interview process and has even given the "verbal yes" to move forward but for whatever reason, they just can't seem to sign the contract and consummate the deal.  These are deals sellers were counting on closing.  These are deals that were forecasted to close last month.  But now they're stalled with no indication of what is going to happen next and no timeline for a final decision. What is one to do?

The ACTIVITY of Candidate Pipelining

Given the uncertain and turbulent times we're living in, I thought now would be the opportune time to remind recruiters of the correct definition and importance of candidate pipelining.  If you're an IT recruiter, now might be the best time and the EASIEST time to be pipelining candidates.

Imagine what would happen if you could increase your prospect or candidate email open rate by 5X and your click-through rate by 8X? That’s a massive jump in the number of prospects or candidates reading and taking action on your emails. The kind of jump that has every rep and recruiter in your company asking you, what the hell are you doing to crush it?

Is Cold Calling Candidates Dead? There has been a great debate whether or not cold calling candidates remain relevant in professional recruiting.  Perhaps you have seen the articles on Google and LinkedIn that read “Cold Calling is Dead.” The so-called “experts' and “gurus” say that recruiters should never cold call candidates because candidates despise receiving them. They go on to say that cold calling no longer works and that it’s not a productive use of time.

Tips For Leading Your Team Remotely Through COVID-19

With the Coronavirus (COVID-19) situation rapidly evolving, I wanted to share a few tips for those who are now tasked with leading a remote team of sales reps or recruiters.

In my prior blog post, How to Read, Understand a Client Job Description, I discussed the importance of recruiters possessing a natural sense of curiosity. Having a natural sense of curiosity means having an active mind. You’re not satisfied until you learn all you can about your subject matter and have the supporting data to start doubling down on what works (and in our case, what matters most to the candidate and hiring manager).  As children, we’re naturally curious because it is how we learn.  But as we grow up we start to loose that sense of curiosity.

How to Read, Understand a  Client Job Description

Do you recall the old marketing slogan from General Electric, “We bring good things to life.” This slogan was heard at the end of all of their commercials throughout the 80’s, 90’s and even into the early 2000’s. What most people don’t know however is that the engineering team at GE had their own internal slogan, “to build a better product, you need to write a better product spec.”

©2020 The Menemsha Group. All rights reserved.