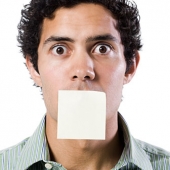 chance of an agreement.  Effective negotiation takes finesse, awareness and social acumen, self-awareness and self-confidence.  One thing is for certain, if you're a recruiter, you have to know how to negotiate. This is non-negotiable.

Over the years, we've trained hundreds of recruiters via our online recruiter enablement platform and experiential training. So in this blog post I want to share with you eight tips for recruiters to achieve win-win candidate negotiations. Before I begin however, I think it is important that we all first understand how smart, savvy candidates think and act.

Candidate Negotiation, How Smart, Savvy Candidates Think and Act
Recruiters need to understand that there are three things that all smart, savvy candidates do:

This is how they try to gain leverage. Remember, when a candidate says these things, they may just be posturing as part of their negotiation strategy to get the most lucrative package. They do this to get the recruiter to work nonstop on their behalf and ensure they get the best deal possible.

Here are some common scenarios in which recruiters will have to negotiate with their candidate:

Having said that, here are my eight tips for achieving win-win candidate negotiations.

1.) Come Prepared
Going into a candidate negotiation unprepared is a recipe for disaster. If you want to walk out of your candidate negotiations with poor and unfavorable terms such as giving away an unjustified increase in pay rate and taking a cut out of your commissions, not preparing is the shortest and easiest path. For most recruiters, it’s hard to stay focused and think clearly when on the hot seat, especially when operating without a clearly defined candidate negotiation plan. To ensure you’re properly prepared to negotiate, recruiters should make the following decisions prior to any negotiation:

2.) Don’t Try To Close A Candidate Until they’re Closeable
Until you know for certain your candidate's decision making process and that you can pay your candidate the mutually agreed upon rate and your candidate has shared with you their compelling event and how NOT accepting your opportunity would prevent them from achieving their personal and professional goals and that your candidate does not have a more compelling job offer forthcoming, don't try to close your candidate because they're not closeable.

3). Never Negotiate Before the Candidate Can Commit
A common negotiation mistake is trying to negotiate too early in the process before the candidate can commit to accepting your offer. Examples of this include:

4). Let the Candidate Talk, Don’t Dominate the Conversation
For most recruiters, negotiations make them nervous and this is often manifested in restlessness, twitching body movements, unnecessary chit-chat and sharing too much information which often weakens the recruiter’s position. Talking too much is an unmistakable sign of nervousness -- and if the candidate can tell you're anxious, they’ll be more aggressive, kind of like a shark smelling blood in the water. With negotiations, the recruiter gains leverage by saying less. The key is to stay calm and in control during a negotiation. Recruiters who ramble nervously end up making unnecessary concessions. Perhaps this is more psychological as most recruiters are overly concerned with being “liked” by the candidate and “just getting a deal done.” They fear by asking for a concession the candidate will no longer like them or accept the offer. The point is, if you spend most of your time listening to your candidate rather than talking, you will be far less likely to make unnecessary concessions. Most important, by letting your candidate do the talking you will gain deeper insight into what they’re thinking, what is important to them and why those things are important to them. Gaining insight from the candidate will allow you to position a win-win solution.

5). Never Give Anything Without Getting Something in Return
Recruiters who agree to their candidate’s demands are weak, right?  Wrong. Most if not all negotiations require concessions on both sides. Agreeing to a candidate’s concession doesn’t make the recruiter weak. However, recruiters who make concessions to a candidate without asking for something in return are weak. Negotiations are supposed to be win-win. There is no winner or loser in a successful negotiation, so the recruiter shouldn’t give anything without getting something of equal value in return. For example, if your candidate requests an additional $5.00 per hour in their pay rate, the recruiter should comply to do this if they get something in return of equal value. Remember any increase in the candidate’s pay rate without increasing the client bill rate represents a transfer of profit out of your pocket and into your candidate’s pocket. Therefore, recruiters must prepare for negotiations in advance and plan for what they will ask from their candidate in return for making a concession.

6). Make Your Candidate Feel Like They’re Winning
Not only should recruiters be prepared to concede on some candidate requests, but they should actually “build in” a couple “wins” for the candidate. Nobody wants to feel like they lost a negotiation. After a negotiation both the candidate and the recruiter want to feel good, like they won something. Recruiters should try to create a few points or offer a few items of value which will make the candidate feel like they've won something. Don’t think of your candidate as your opponent, remember that they’re your partner. This is the time to be collaborative, not competitive, which will make finding a win-win solution much easier.

8). The Negotiation Trade-Off Worksheet
To help you prepare for, anticipate and withstand your candidate’s demands you can use our negotiation trade-off worksheet. Most recruiters have good intentions to stand their ground but often in the heat of the negotiation, they lose sight of those intentions as they fight for their ground. By preparing for your negotiations in advance with a documented plan you can stay focused and on point while negotiating with your candidates. When recruiters are able to draw a line and demonstrate that they’re not going to just give in they send a strong psychological message to their candidate that they are not going to easily give in without at least getting something of equal value in return. So it is important that after a recruiter makes a stand that they follow it up with a conditional offer. You might say, ‘’Mr. candidate, if I was able to get that included in your employee contract, what would you offer me in return that is of equal value?”

I’m Dan Fisher, founder of Menemsha Group. Over 400 IT staffing firms including thousands of sales reps and recruiters apply my sales methodology including my scripts, playbooks, job aids, tools and templates, all of which is consumed from our SaaS based sales enablement platform and our mobile application. I’ve coached and mentored hundreds of sales leaders, business owners and CEO’s, and I have spoken at a variety of industry events including Staffing World, Bullhorn Engage, TechServe Alliance, Bullhorn Live, Massachusetts Staffing Association, and National Association of Personnel Services. Since 2008 I've helped IT staffing organizations quickly ramp up new hires, slash the time it takes to get new reps to open new accounts and meet quota, get more high-quality meetings with key decision makers and help leaders build a scalable sales organization. My training and coaching programs are engaging and highly interactive and are known to challenge sellers to rethink how they approach selling. Ultimately, I help sellers increase productivity, accelerate the buying process & win more deals.

©2021 The Menemsha Group. All rights reserved.